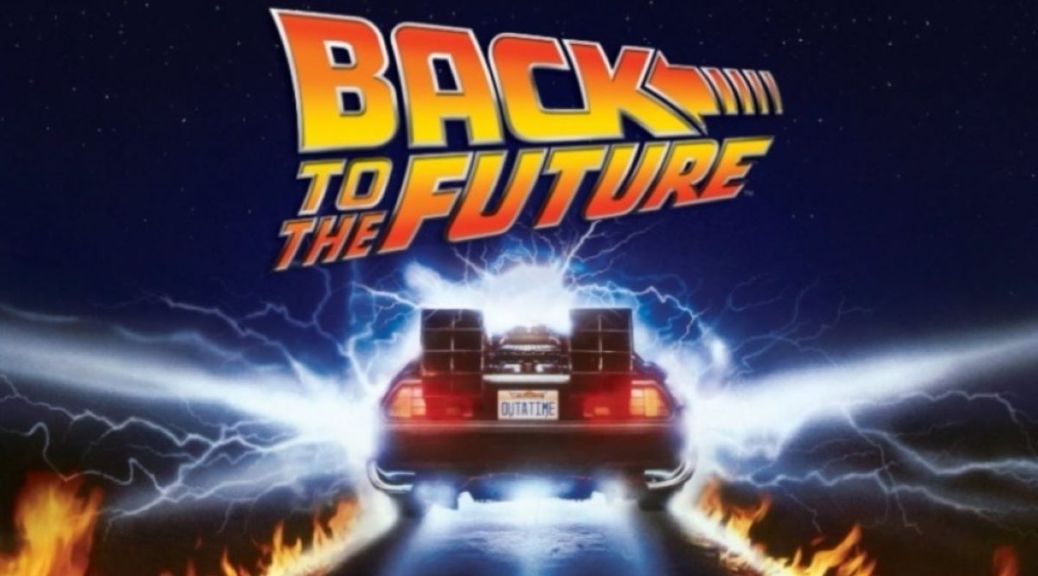 …and in the past they must remain.

Of course they must. Where else are they going?

Technically, I suppose, if you had the brains of Dr Emmett Brown and a spare DeLorean, you could perhaps revisit them. Sadly though, we can’t re-live prior experiences – albeit I do vaguely recall making numerous drunken, such attempts in the early Noughties.

Yet, we shouldn’t forget those days of yesteryear. Even the painful and crap ones teach us valuable lessons, the idea being we learn from our bad decisions and mistakes. And without a certain amount of these Bad Times, we wouldn’t recognise the Good ones, would we?

Good Times though are possible to revisit without the requirement of jumping into a sports car fitted with a flux capacitor and accelerating to the magical speed of eighty-eight mph.

After leaving school, I moved around the UK with work. Consequently, I lost touch, at least regular contact, with most friends from my six years at Bearsden Academy. So I was pretty excited, when in 1999, a reunion was organised for ‘The Class of ’70.’

We all wore badges displaying our names so there would be no need for embarrassing re-introductions, but in the vast majority of cases, they were superfluous. Back together for the first time in twenty-five years, it was like we’d never left the classroom.

The four or five hours we had was over in a flash, with very little time for reflection on our schooldays. Most conversations revolved around what everyone was doing at present.

It was a ‘formal’ get-together, and the organisers had worked hard to make sure everything passed off without hitch: food; drinks; badges; photos; teachers.

Yes, teachers. Several were present, including the Head / Rector. And credit to them, they actually remembered most of us. For one reason or another! (I did notice however, that it took a good hour before a few of us felt it safe to nervously remove our hands from our pockets.)

These past few years have seen semi-regular meet-ups of training buddies / team mates from my athletics club, Garscube Harriers. In fact, the last social night I had before Covid Lockdown, was with these guys … as was the first after restrictions were eased.  A few are still competing (one has just completed the Marathon des Sables – running a marathon a day, for a week, through the Sahara desert!) but in the main everyone now just runs for fun.

These evenings do differ from the school reunion, in that we have had more regular contact over the past fifty years, and are generally up to speed with what everyone is doing these days. Invariably, conversation then reverts at some point to childish micky-taking and reliving some of the scrapes we got into when competing around the country!

Tonight (20th November) a bunch of us from school are meeting up again for an informal night in a bar in the West End of Glasgow. This time, pupils from a couple years either side of the Class of ’70 will be attending. In some cases it will be forty-five years since we last saw each other.

It being an informal evening, it’s uncertain how many people will turn up – especially with that Covid lurgy still hanging about. Regular readers of this blog will though recognise a couple of those attending: Paul Fitzpatrick and George Cheyne.

Paul, of course, is co-founder of ‘Once Upon a Time in The ‘70s’. He’s travelling up from London for the evening. Despite us working on this blog for these past eight months or so, we haven’t actually met since 1974!

Even then at sixteen years old, he stood head and shoulders over me. Any photos of us tonight had better be in ‘portrait’ rather than ‘landscape’ format. And as you can no doubt tell from his blog posts, he had more fashion sense than I had sense, and was arguably the best dressed kid in school.

George has been a regular contributor to the blog since the start. I’ve actually bumped into him a few times in recent years when we’ve competed against each other for our respective tennis clubs. Still fit as a butcher’s dog, he not only thrashed me regularly at Subbuteo as a kid, but he’s now two –one up in our head-to-head tennis matches.

They make me sick, the both of them!

So here’s a photo of them in our Primary Two class @ 1964, I think – rather conveniently, I’m not in this one for some reason!

Yeah – maybe these days are indeed in the past, but there’s no harm in borrowing them for an evening. It should be fun; I’m looking forward to it, but one thing’s for certain – we can’t afford to wait another forty-five years for the next reunion … you do the maths.

(Actually, I just have – The Class of ’70 would all be eighty –eight. Coincidence, or a sign? Perhaps only Dr Emmett Brown can answer that. Whatever, it’s true what they say – time sure does McFly.)

Did you enjoy this post? If so, we’d be most grateful if you could share it with friends on social media, using the buttons below. (Heck – please do even if you hated it – every ‘share’ helps.) 😉
Also, click on this link if you’d like to join the discussion on our Facebook Group, and receive immediate notification of all future posts.