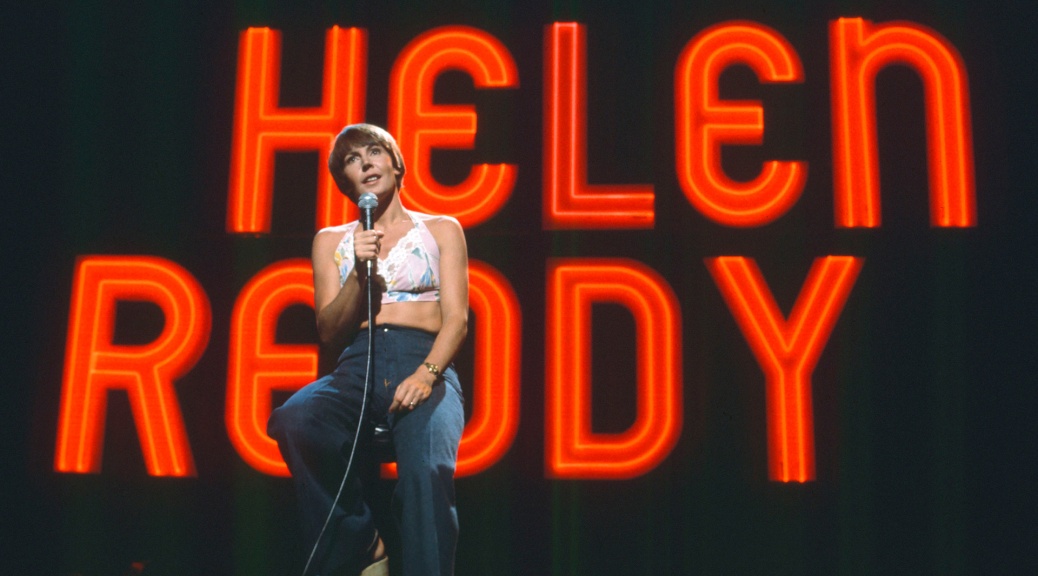 Latest in the line of One Hit Wonders from the 1970s is the mystical, thought provoking Angie Baby by Australian songstress Helen Reddy which reached Number 5 in the UK charts back in early 1975.

Hold on, I hear you say.

Helen Reddy, a one hit wonder?

Then there’s – Ain’t no Way to Treat a Lady, Leave me Alone (Ruby Red Dress), not to mention You and Me Against the World.

One hit wonder? you’re winding me up, pal.

Well, It’s true that Delta Dawn and I Am Woman were number one hits in the USA while the others mentioned reached the top ten both across the pond and, unsurprisingly, in Reddy’s native Oz but the British charts? – not a sniff, leaving Angie Baby as her sole intrusion into our country’s musical psyche.

And what a spectacular intrusion it was.

Angie Baby was written by Alan O’Day who, despite sounding like he was one of Robin Hood’s merry men, was a successful American musician/songwriter and it centred around the unfulfilled life of a teenage girl who was clearly suffering some form of mental illness, as evidenced by the use of the words ‘touched’ and ‘crazy’ within the lyrics.

Throughout  the song, O’Day touches on subjects like mental health, sexual deviation and female empowerment, all of which were relatively taboo subjects back then, often swept under the carpet  but which are nowadays very much mainstream societal issues.

Angie spends all her spare time shut away in her bedroom, listening to the radio and fantasising about mysterious lovers who come into her room every night and dance with her until her father tells her to switch the music off.

The story takes a sinister twist when a local boy, who had been spying on Angie through her window, takes advantage of the fact that her parents are away by making his way into her room.

Fuelled up with testosterone, its clear that the dirty bugger’s not planning to have a chat with her about the newsworthy events of the day such as the Watergate scandal and the imminent cessation of the Vietnam War.

Nope, Laddo just wants to get his leg over a vulnerable girl but Angie soon cuts him down to size, quite literally as it happens, as she uses the supernatural power of the volume control on the radio to slowly reduce him to virtually nothing before he gets swallowed up by the speaker as Reddy finishes this part of the song with the haunting words ‘never to be found’.

At this stage, the boy’s probably wishing he’d been guided by his head as opposed to any other body part, and whilst everyone else (Angie apart) thinks he’s dead, he’s actually trapped inside her radio and brought out whenever his services are required…. as described in one of the closing lines -‘a crazy girl with a secret lover who keeps her satisfied.’

Maybe it worked out ok for the lad after all.