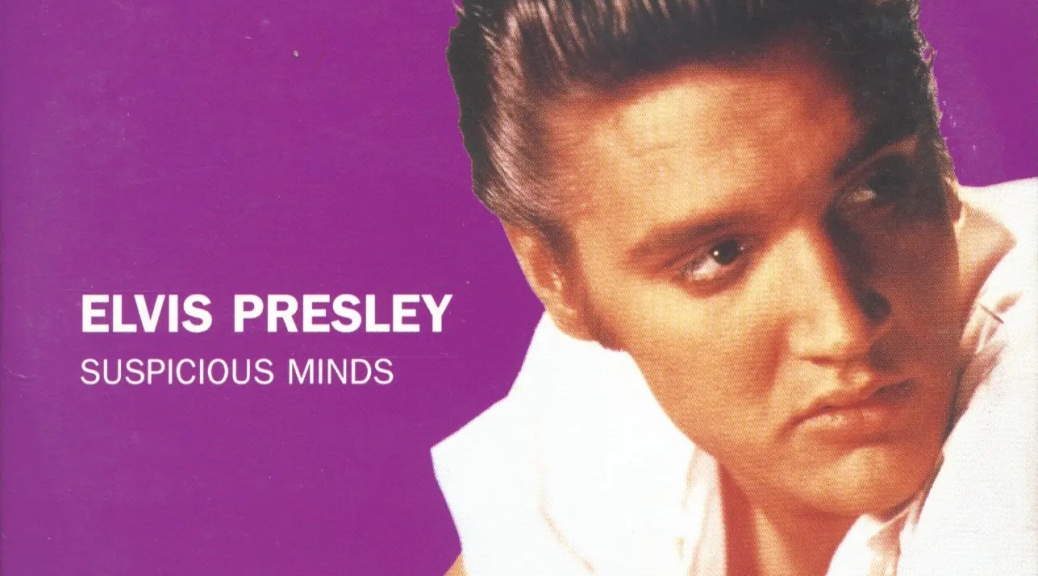 I went to see Baz Luhman’s ‘ELVIS’ recently, Austin Butler, the guy who plays Elvis is incredible in the role.
Tom Hanks hammy portrayal of Colonel Tom Parker aside, it’s a pretty spectacular piece of cinema.

Growing up in the 60s and 70s, big Gordon Ross, a one-man Elvis fan-club who would turn the volume up to the max whenever an Elvis song came on the radio, was the only Elvis fan I knew – to the majority of us The King just wasn’t relevant.

It was understandable really, in the early 70s we still saw Presley through the lens of his lame 60s movies, whilst the ensuing Vegas circus-act of the seventies wasn’t too appealing either.

He may have been The King to some but poor Elvis didn’t stand a chance with our generation against the Jagger’s, Plant’s or Bowie’s.

On reflection, we were too young to appreciate what a pioneer Elvis had once been, and we weren’t to know that with no Elvis, or for that matter no Chuck Berry (pre ‘My Ding-A-Ling’ of course) there would probably have been no Jagger, Plant or Bowie anyway.

Our lack of awareness also blind-sided us to the fact that there was a moment in time when Elvis re-invented himself musically and made some quality recordings that deserved our respect.

By the late 60s Elvis had become sick of the cheesy formulaic movies he was contracted to churn out, his ambition to be the new James Dean thwarted early on by Manager/Svengali – Colonel Tom Parker, who always went for the quick buck.

The contract that Parker had seduced a teenage Presley into signing ensured he would pocket 50% of Elvis’s earnings.
Parker also had a colossal gambling habit to support so long-term planning was never part of his strategy.

The turning-point came in 1968 when Elvis decided to return to making the music he loved which was R&B, Gospel & Country.

The Trojan-Horse for this musical comeback would be a corny Xmas NBC Special promoted by Parker.

Parker had envisaged Elvis singing a medley of seasonal ditties around a Xmas tree, surrounded by kids whilst promoting a range of Xmas sweaters, but a reinvigorated Elvis had other ideas.

Clad head to toe in black leather and assisted musically by his original Memphis band of brothers, the ‘68 Special‘ as it became known, showcased Elvis as a contemporary artist and told his life story in music.

Instead of singing a Christmas carol at the finale as initiated by Parker, Elvis debuted a new song, a tribute to his friend, the recently assassinated Martin Luther King called ‘If I Can Dream’, a peach of a song showcasing Presley’s vocal powers, that would go on to give Presley his first top 10 hit in years.

Energised by the positive reaction to the ‘68 Special‘ and motivated to pursue the music he loved, Elvis headed off to Memphis’s own American Sound Studios to work with renowned producer Chip Moman on his next project – From Elvis In Memphis, an album that would include his first number one for many years ‘Suspicious Minds‘.

‘Suspicious Minds’, my all time favourite Elvis track, was written by Mark James who also wrote ‘Always On My Mind‘.
James had initially recorded ‘Suspicious Minds’ for himself, but it tanked, so when Elvis came to town Chips Moman played him the track which Elvis loved, and it became the last track they recorded for the session.

There was a problem though, Colonel Tom Parker only permitted tracks to be released that Elvis (and he) got a percentage of publishing royalties on – even though Elvis had no input in the writing process.

When Parker’s team approached Moman with the ‘offer he supposedly couldn’t refuse’ his response was….
“You can take your f…ing tapes, and you and your whole group can get the hell out of my studio. Don’t ask me for something that belongs to me. I’m not going to give it to you.”

In the end, Elvis had to intervene to tell Parker that he loved the song and wanted it released regardless of any publishing issues.

Suspicious Minds was a platinum selling single which garnered critical acclaim but that made no difference to Parker who never forgot the publishing rights dispute and put the kibosh on Elvis ever working with Chips Moman again – despite the fact Elvis had just made his best and most successful album for many a year.

Now that Elvis had turned his back on movies The Colonel had to find other ways to milk his cash cow and focused instead on Presley’s return to music and touring.
After the critical and commercial success of From Elvis In Memphis, RCA and Parker would cash in by releasing 23 Elvis albums in the next 4 years, including a Christmas album – The Colonel always got his way.

With such prolific output, quality control as you can imagine, was lacking, but there were still a few classic Elvis moments in there – ‘Burning Love’, ‘It’s Only Love’, ‘In The Ghetto’ and ‘I Just Can’t Help Believing’ – a few of the diamonds that could still be found amongst the rough.

Elvis who’d wanted to take his live show overseas, instead got tied into an exhaustive Vegas residency at the International hotel on the Las Vegas strip.

He would later learn that Colonel Tom Parker was actually an illegal (Dutch) immigrant with no passport. Therefore, if Parker ever left the US he wouldn’t be allowed to return and he wasn’t about to let Presley, his prized asset, out of his sight.

The ‘68 Special‘ and From Elvis In Memphis should have been a creative springboard for Elvis, it was a period where he wanted to get back to making the kind of music he loved, tour overseas and take back control of his career, but he never could free himself from The Colonel’s iron grip and the contract he’d signed as a teenager.

By 1970, Elvis had already been pimped out to Vegas by The Colonel and in December 1976, an exhausted Elvis played his 837th and final show at the International Hotel.

Elvis Aaron Presley would die aged 42 in 1977, in poor health, strung out on a cocktail of tranquillisers, barbiturates and amphetamines, however his legacy lives on and new generations are finding out that there are quite a few gems in The King’s back catalogue…. however, none shine quite as bright as ‘Suspicious Minds‘