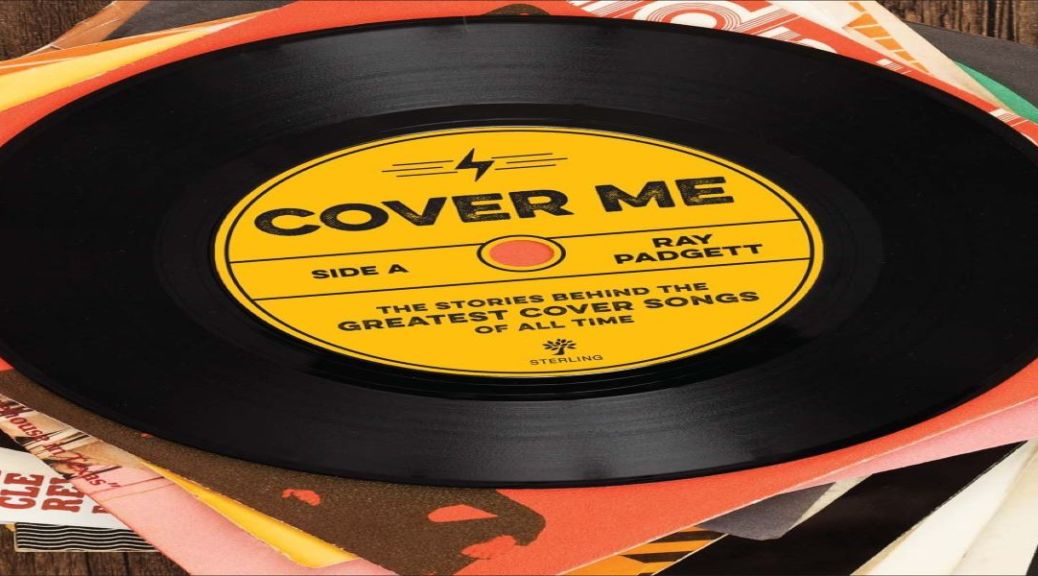 Paul and I were, last week, again invited to join the TURNTABLE TALK chat on Dave Ruch’s blog, ‘A Sound Day.‘ This is an excellent site to visit and satisfy your musical curiosity on all genres of music, mainly focused on the 60s, 70s and 80s. Dave is a prolific writer and the articles are filled with fascinating facts and trivia.

This time, the subject open for discussion was ‘Cover Versions.’ As Paul had coincidentally just posted his take on our blog, I thought I’d offload my thoughts!

Thanks again to Dave for his invitation to the discussion.

I really don’t ‘get’ cover versions. Not for the most part at any rate. And here’s why.

Firstly, there’s only one real reason a band or artist would set out to produce an alternative arrangement of a previously released song, and that’s because they feel they can improve on it. This leads me to think perhaps they are being a tad disrespectful to the original artist:

Then I wonder what actually possesses some bands to think a certain track can be improved upon. Some songs are simply ‘classic’ from the moment of initial release. They are iconic songs that have already permeated the consciousness of the listening public; they have been embraced by subsequent generations who instantly identify with the original.

So, what the hell were Kiss were thinking when they covered Argent’s ‘God Gave Rock & Roll To You’? All they seemed to have done was strip out the Rod Argent’s bedrock organ playing, scream a little and stick out their tongue a lot. Oh come on! Some things are just simply sacrosanct and should be left well alone.

OK, fair enough, I suppose ‘original / cover’ is a bit like ‘book / film’ in that whatever you saw or heard first has some bearing on preference. I mean, how else can you explain Susan Boyle reaching # 9 in the UK charts in 2009 with a cover of ‘Wild Horses.’ Yeah, that ‘Wild Horses’ written by Jagger / Richards and taken from The Rolling Stones ‘Sticky Fingers’ album of 1971. That ‘Wild Horses.’

The Stones didn’t release ‘Wild Horses’ as a single in the UK. Perhaps, then, Susie’s advisors banked on a percentage of non-Stones fans hearing it for the first time and like wild sheep, follow the trend of the time and buy whatever the Britain’s Got Talent star released.

Again, though – who thought it a whizz-bang idea to try and do a fresh spin on a classic Rolling Stones number. (Yeah, all right, it was a decent whizz-bang idea in the end, achieving Top 10 status, but let’s face it, she’s no Marianne Faithful is she?)

One final one while I have my ‘rant’ head on: Eric Clapton was once regarded (incorrectly, obviously) as the world’s greatest guitarist. So what the heck was with him covering Bob Marley’s ‘I Shot the Sheriff’?

Actually, you know what? I’m not even going to get into this – I can feel my blood pressure already rising to an alarming level.

I do concede, though, there are some songs can be improved upon, for whatever reason. Two spring immediately to mind:

The Clash really took ownership of the song, ‘I Fought the Law,’ in 1979. I mean, could you really have believed either The Crickets (who wrote and first recorded the song) or The Bobby Fuller Four (who made the song ‘popular’ in 1966) cold have fought their way out a wet paper bag, never mind ‘the law’?

The Clash sing this song like they really mean it. They deliver it with a fair degree of aggression. As the Sex Pistols would say, the give it some bollocks!

The other I allude to comes from the opposite end of the musical scale and turns an already beautiful song into a behemoth of a ballad.

Though it was never released as a single in UK / Europe, had Badfinger’s ‘Without You’ been a stick of rock, it would have had the word ’classic’ embedded throughout its length.

Then of course, Harry Nilsson go hold of it and … well you know the rest. I’m not big on slow, sloppy songs, but Nilsson’s version of this is just epic. The song may have been covered by almost two hundred artists, but none as well as Nilsson – even the original writers and their band.

No – for me, a cover version must offer something either way better, or way different to cut it.

In 1959, Barrett Strong cut the track that would be the first hit for the Tamla label. So – a good, popular song to start with. The Beatles then used the song in 1963 to close their second album, ‘With The Beatles.’ Was their version of ‘Money (That’s What I Want)’ any better than the original? Apart from the fact they were The Beatles.

Make your own mind up.

Personally, I don’t think so.

But THIS version certainly is! Now this is what a decent cover version should sound like – familiar enough for you to sing along, but different enough to make you think what the heck song you are actually singing!

Of course, what can be done to a song made famous by The Beatles can also be done to one by The Rolling Stones.  Remember the audacity of Susan Boyle to cover The Stones’ ‘Wild Horses’? Well, perhaps if she’d been as inventive as this band, she’d have gotten my approval.

Being a Stones fan, I have to say I was a bit offended the first time I heard this in 1977. However, it quickly grew on me, to such an extent that I ended up buying the next three Devo albums as soon as they were released, and then seeing the band play ‘live’ a couple of times.

So that’s it – my message to aspiring bands and artists is this:

unless you can totally deconstruct and re-assemble an old song, producing something new and inventive … then don’t bother. Don’t give me any of your lazy cover versions – sort yourself out and write your owned damned material! 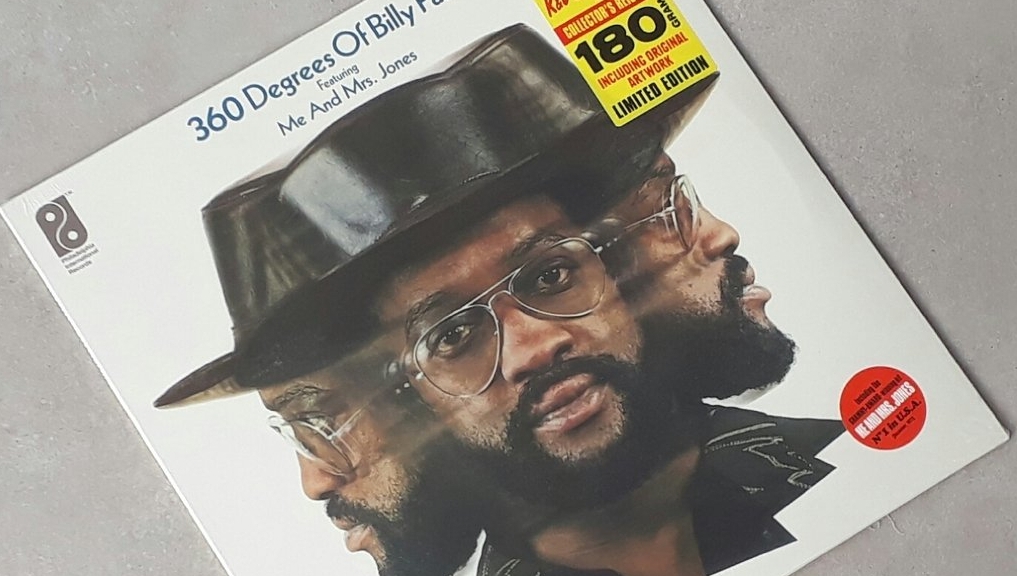 I did a piece recently on Santana’s version of The Zombies ‘She’s not There’, and someone followed up by asking what my favourite 70s cover version is.

I tend to go with my gut reaction on these type of things otherwise you end up trawling through your music library, second guessing yourself and choosing songs on the basis that they have a bit of street-cred.

My initial pick was a song I first heard at my local youth club, although I have to admit that I wasn’t even aware it was a cover version at the time – Matthews Southern Comfort’s version of Joni Mitchell’s ‘Woodstock’.

On reflection, I decided that I couldn’t choose the Joni cover, because at its core, the definition of a great cover has got to be when an artist takes a song you’re already familiar with, puts their stamp on it, and makes it even more listenable than the original.

That helped me to narrow it down to my next gut choice – Billy Paul’s version of Elton John’s ‘Your Song’ .

I can remember the first time I heard this track like it was yesterday, I’d come back from a party as you did in those days, to the realisation the morning after, that half your records were missing, replaced with other peoples discs…. the time honoured tradition of writing your name on the record label or cover seemed to make no difference and searching in vain for your Roxy Music – ‘Pyjamarama’ single only to pull out ‘Paper Roses’ by Marie Osmond was to put it mildly – a real pisser!

As it happened, following this particular party I ended up with someone else’s copy of Billy Paul’s ‘Me and Mrs Jones’ and noticed that the B side contained a version of Elton John’s ‘Your Song’.
Out of curiosity and with extremely low expectations, I put the needle on the groove, and then sat transfixed for six and a half minutes as a euphonious masterpiece emitted from the speakers.

It was hard to describe what I was listening to.
It was definitely ‘Your Song’, but not as I knew it.

Part Jazz, part Gospel, part Philly sound, It was a musical feast which had to be played again…. and again…. and a few more times after that.

I was dumbfounded, Billy Paul was a crooner, the married dude who was meeting Mrs Jones ‘every day in the same cafe‘ what was he doing ambushing me like this… with a fricking Elton John ballad?

I remember marching down to my mate Jay’s house armed with the single getting him to close his eyes as I lined it up on his record player to make him listen to it.

Jay and I had similar tastes in music but were constantly trying to outdo each other when it came to presenting new tracks. I needed to introduce him to this musical extravaganza as a matter of priority AND be there to gauge his response.

Apparently gauging first responses to 70s songs is a YouTube phenomenon at the moment but we were all doing it 50 years ago.

I never get tired of listening to Billy Paul’s version of ‘Your Song’, even now.
It runs for 6 minutes 36 seconds but every time it comes to the faded ending I just want it to keep playing.

It’s a classic example of an early Gamble & Huff production driven by Billy Paul’s Jazz-infused vocals and the full might of the MFSB Philly session players, who’ve played on everything from ‘Love Train’ to ‘Disco Inferno’.

So there you have it, my favourite 70s cover.
It may not be the coolest, but it’s my choice and like Billy Paul says, he definitely ‘got a song!’

Of course there are lots of honourable mentions when it comes to great 70s covers so I threw together a quick playlist where in all cases (*bar one) the cover versions are better (in my humble opinion) than the originals.

*It’s a universal fact that it’s impossible to improve on any Steely Dan track….