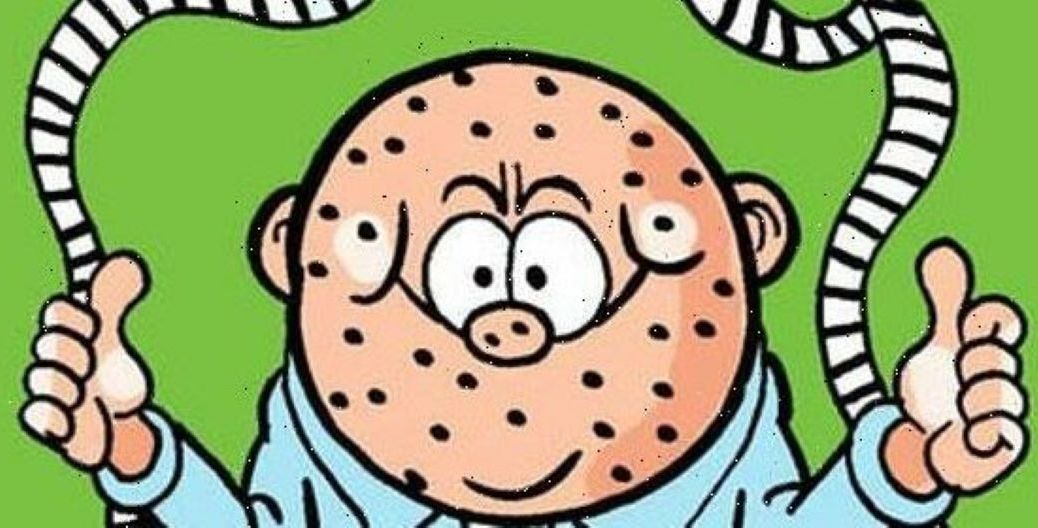 (*a little bit fact; a bit more fiction; much exaggerated.*)

Everyone today is talking about a band from Holland called Focus. They were on the Old Grey Whistle Test last night. Most in the Smokers Union shelter say how amazing that yodeling guy was. Some though, those I see wearing the ex-RAF great coats with an LP by the band stuck under their armpit, have a smug ‘told you’ smile and ignore our conversation.

It was very wet at PE time. Old Boot (gym teacher) decided it was too wet to play football. What?! This is Glasgow. Rangers, Celtic, Thistle, Clyde and Queens Park all manage to play ok.

Anyway – PE was switched indoors to the gym. Everyone has football boots – only a few also brought gym shoes. Those of us who hadn’t were lined up to get two of the belt! Old Boot got more exercise than any of us.

Buses were late to pick us up at 4 o’clock. Had to stand out in the rain till they arrived. Trip home was a bit smelly.

Rain stops but did some studying for exams till teatime then out to the clearing in the woods for a game of football. Get chased by Mr McIlwham who says we shouldn’t be using trees as goalposts because they can feel the ball hitting against them. (Cuckoo!)

Lucky we weren’t using a Mitre Mouldmaster, then is all I can say.

Well, that’s it – game’s a bogey! We tell Mr McIlwham that we’re off now to break some windows and scrawl graffiti. 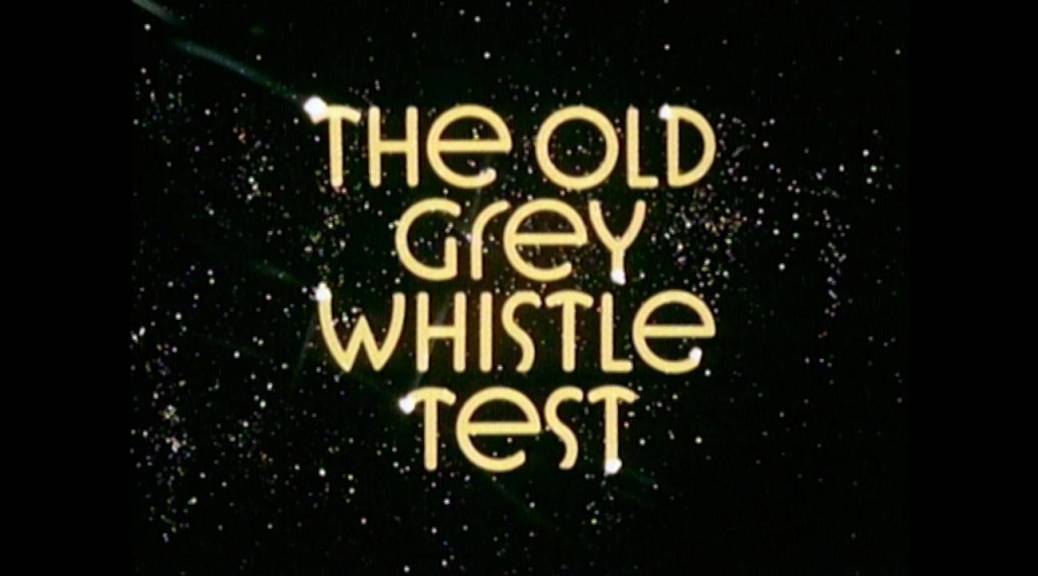 Back in the early seventies there was only one provider of contemporary music to the masses – The BBC.

Radio One ruled the airwaves unchallenged from 1967 until the commercial radio stations came along in the mid 70s, although to be fair if you could get a decent signal, Radio Luxembourg was a reasonable late night alternative… until you got fed up listening to adverts for Timotei Shampoo and Aqua Manda cologne.

In terms of TV, the Beeb had it all sewn up with its weekly chart show aimed at the teenage market – Top of the Pops, which launched in 1964.
Seven years later the OGWT came along and focused on the more discerning album buying audience.

TOTP had its moments of course, but epiphany’s like Starman or Virginia Plain were rare and for every ‘Jeepster” there was a ‘Long Haired Lover from Liverpool’

The OGWT on the other hand, was a voyage of discovery, it wasn’t always great but it was always watchable.
The truth is that we rarely knew who was going to be on the show, but it mattered not, we just tuned in and went along for the ride, building our musical knowledge and refining our tastes as we went along.

The OGWT became a weekly ‘event’ and a post-mortem of each episode was mandatory.
I can still remember an attempt to describe the debut performance of Focus to a mate at school who’d missed the show.

“They’re a Dutch quartet with an amazing drummer, an unbelievable guitarist and a guy who looks like Archie Gemmill on keyboards…. who yodels a lot”

I’m not sure he rushed out to buy the album based on my summary.

The show was famous for its live studio performances, but in the early days tracks that couldn’t be performed live were usually accompanied by old black & white film footage, compiled by film archivist Philip Jenkinson.
A couple of those home-made videos left a lasting impression.

The first time I heard Queen was on the OGWT in 1973.
A rendition of ‘Keep Yourself Alive’ soundtracked over a vintage black & white movie clip.

My favourite though was the footage that accompanied Led Zeppelin’s – Trampled Underfoot. I’ve no idea how they synch’d a 1920’s silent movie clip so seamlessly with Zep’s homage to Stevie Wonder’s Superstition, but they pulled it off.

I have too many great memories of the show to mention and have spent many an hour disappearing down OGWT, YouTube rabbit holes but when I reflect on what made the show special, there are a few elements that spring to mind….

1) The OGWT excelled at introducing us to new artists:
Putting aside the broadcasting monopoly that the Beeb enjoyed I still have to credit the show for introducing me to – Neil Young, Queen, Robin Trower, John Martyn, Bill Withers, Joan Armatrading, Talking Heads, Lynyrd Skynyrd, New York Dolls, The Wailers and many more.

2) The show wasn’t just electric, it was eclectic:
If you happened to tune in when – Dr Hook, Rick Wakeman, John Martyn and Mike Oldfield were all featured you could have been forgiven for thinking that the majority of the acts mirrored the presenter, i.e. white men with beards and long hair…. but the show was actually a lot more diverse than that.

For instance, it was perfectly normal to have Bill Withers on the same show as Tangerine Dream or Curtis Mayfield with Captain Beefheart.
BB King would feature alongside Kris Kristofferson and Joni Mitchell could be on the same bill as Roxy Music.
It’s fair to say that every musical genre was given a fair crack of the whip on a show where the only criteria was quality.

3) The show produced seminal performances that live on forever:
At the end of the day it was the live studio performances that we all talked about and they remain the iconic moments of the show.
It’s difficult to cherry-pick as there were so many classic OGWT moments, but a few favourites that spring to mind are….

The OGWT of course was synonymous with whispering Bob Harris and his reign as the main presenter from 1972-79 covered the golden-age of the show.
Nothing lasts forever though, and as the punk movement gained momentum Bob started getting a bit grouchy and wasn’t handling the change of the guard very well…..

Bob had ‘previous’ of course, labelling Roxy Music as a triumph of ‘style over substance‘. And goofily described The New York Dolls as “mock rock” at the conclusion of a blistering rendition of ‘Jet Boy’….

Harris, subsequently became a target for New Wavers and Punks and narrowly escaped serious injury when Sid Vicious tried to ‘glass’ him in a London nightclub.
Rescued ironically by a team of Procol Harum roadies, Bob escaped relatively unscathed, but suffered cuts, bruises and a damaged ego.

Worn down by the abuse and feeling that he was swimming against the cultural tide, Bob would step down from his OGWT duties soon-after.

The show ploughed on for another 9 years post Bob, with a revolving door of presenters but by then there was bona fide competition from other channels and shows, like C4’s The Tube.

Gone but certainly not forgotten…. Fortunately we can still relive some of the shows iconic moments via clips from the vaults, many of which have millions of views.

So it’s this prime-time OGWT – the ‘Bob Harris years 72-79’, that helped to shape my musical tastes as a teenager that I would propose for the TV Hall of Fame…. 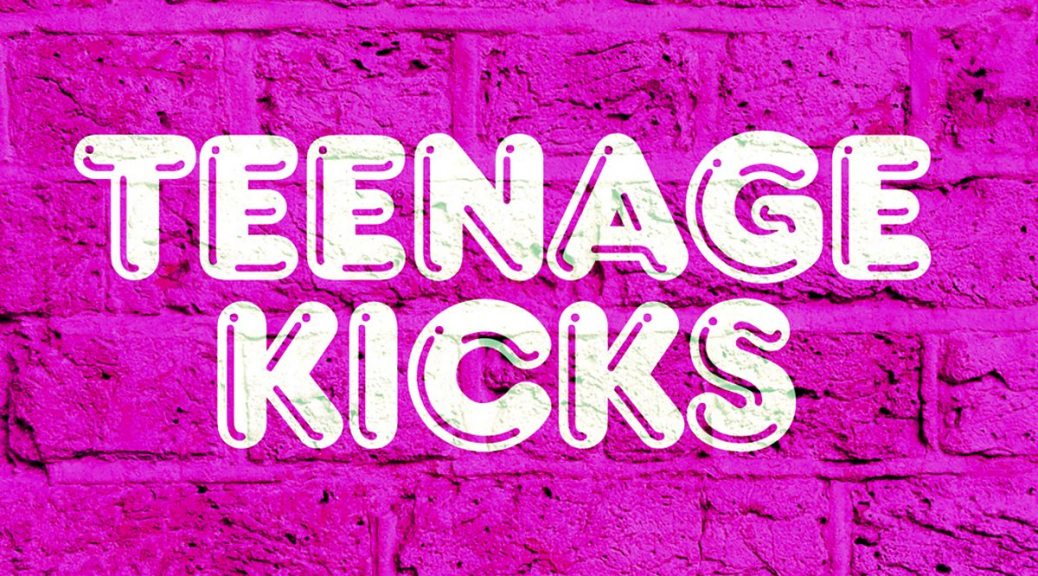 Where were you brought up: Courthill/ Mosshead Estate, Bearsden

Funniest memory from school: During school dance/disco vomiting in Mr Crossley’s (Chemistry) coat pocket in the staff cloakroom. An appropriate addition to his nickname “Chunky.”

First holiday with your mates abroad: Excluding the school cruise that is, sorry Colin! 1979, Inter Rail card for a month’s travel across Europe with Dave and Tim. Netherlands, Belgium, Germany, Austria, Switzerland, Italy, France and Spain.

Took £130 spending money for the month spent every penny.
So many memories… in the Hague being introduced to a film director, he asked if we wanted to see his gun. Ahh run for the hills!
Teaming up with Angus Mackinlay in Geneva for a few days bevying, I mean sight seeing, but that’s another story….

What was your first job: Apprentice Mechanical Engineer in Hope St, Glasgow from 1975-1977.

Who was your musical hero in 70s: Hendrix, Steely Dan, Jan Akkerman, Hatfield and the North so many….

What was your favourite single: American Pie – Don Maclean

Who was your inspiration in 70s: Was going to say Deputy Head Deuchars, maybe not, let’s say Les Kellet.

What advice would you give your 14yr old self: Don’t worry too much about the future it’s going to be a blast! Get out there and make every minute count.

70s pub session: Can only be the Brae bar of the Stakis Burnbrae hotel – Keith Moon for the laughs, Howlin’ Wolf, Janis Joplin and Lowell George for the jam session.