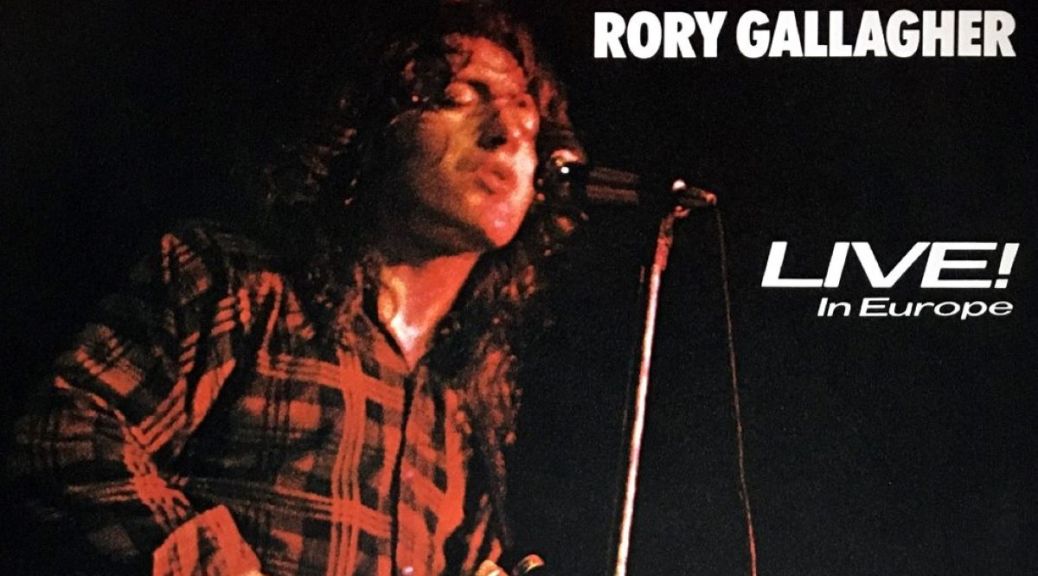 (Click for the dedicated page, and all items inducted to the Hall of Fame.)

The first item to be inducted into the Once Upon a Time in The ‘70s Hall of Fame is my copy of the ‘Live In Europe,’ LP by Rory Gallagher. (I’m nothing if not predictable.)

I don’t know why, but I bought this for the going rate of around £2.25 (in postal orders) via some mail order record store advertised in Sounds magazine. I can vividly remember the excitement I felt whenever I came home from school. For about ten days, I was disappointed, but then it arrived  … with a note stating my remittance was (I think) about 25p short. Yet the nice, ever so trusting people at the record store just asked I send another postal order with my next order.

However, by the time I‘d saved enough from my paper round to buy my next LP, I’d discovered Listen Records and Virgin Records in Glasgow. I never did order from the MO store again.A few months later, I read in Sounds, the company had gone bust! Was it my 25p that sent them over the edge?

I’ve carried that burden of guilt now for forty-nine years!

The record itself, though: this was ‘big boys’’ music!

A mix of self-penned and rearranged standards, the seven tracks blew me away with their intensity. Driven by the furious bass playing of Gerry McAvoy, and crashing drums of Wilgar Campbell, Rory’s searing Stratocaster playing cuts through like a knife. His playing has everything – little flecks of jazz inspired backing to his quieter vocal moments; big, chunky heavy riffs, like in his own composition, ‘Laundromat,’ and of course, the blues! Whether it be fast and loud as in the opening’ ‘Messin’ With The Kid’ or the slower, almost metronomic ‘I Could Have Had A Religion,’ Rory pre-empted, and answered, the query posed by Deacon Blue, seventeen years later: yes – not only can a white man sing the blues, he can damn well play them too!

Yet, though heavily blues influenced, ‘Live In Europe’ has such a variation in sounds that it remains fresh and exciting from start to finish – even after almost fifty years of regular play!.

‘Pistol Slapper Blues’ is an acoustic cover of Blind Boy Fuller’s song from ‘nineteen twenty something or other,’ as Rory himself says; ‘Going To My Home Town’ is one of Rory’s own compositions – a real stomper of a track, the famous Strat being swapped for a mandolin. ‘In Your Own Town’ is another of Rory’s, this time almost ten minutes of heavy blues and spectacular guitar playing. Album closer is ‘Bullfrog Blues,’ another ‘traditional’ blues song written the Twenties and re-arranged by Rory. It’s a truly explosive ending, with terrific bass and drum solos thrown in for good measure.

The production and sound quality is top notch, something that can’t be said for many ‘Live’ albums and I can attest the album truly replicates the sound and atmosphere of a Rory concert.

Not only was ‘Live In Europe’ my proper introduction to heavy rock, it also took me down the rabbit hole of blues music – a tunnel I am still exploring. It’s influenced my music of choice from a spotty fourteen year old to grumpy old git, and remains the most treasured record in my collection.

It unequivocally deserves a place in the Hall of Fame. 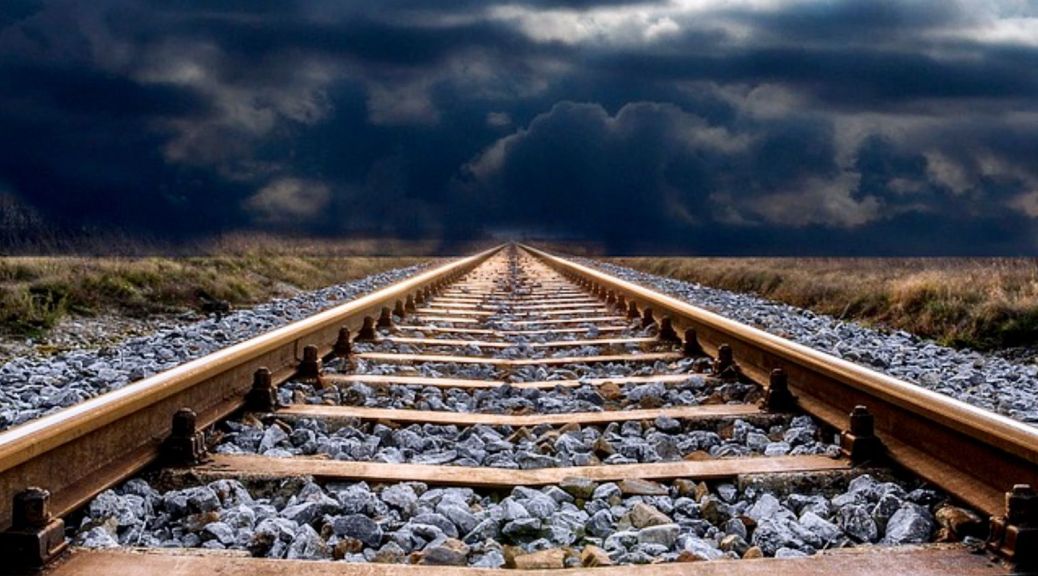 My tastes were changing. I was thirteen years old and all ‘growed up’.

However, the 1971 kid in me still found it tough being weaned off the bubblegum and sugary Pop hits of the day.

The previous year, we’d been on our first overseas family holiday. Spain, it was, and wherever we went, whenever we went, bloody ’Candida‘ by Tony Orlando and Dawn, was being given big licks.

Breakfast in the hotel dining room: “Oh, Candida, We could make it together.” Lunchtime by the pool: “The further from here, girl, the better, Where the air is fresh and clean.” Evening by the beach-side bratwurst bar: ” Hmm, Candida, Just take my hand and I’ll lead ya. I promise life will be sweeter, And it said so in my dreams.“


Back home in UK, The Mixtures and ‘The Pushbike Song’ had been popular enough to reach number two in the January charts of 1971.

Probably more so in those days before digital photos, when you returned from holiday, you craved anything that gave that instant hit of warm, glowing memories.

Scent and music best serve this purpose, I find. In the absence, though, of Yankee Candles emitting the heady, mixed aroma of sun-cream, paella and bleeding Watney’s Red Barrel, my parents opted for an LP that contained both these songs,

Chuffed to bits, they proudly told me I could play it (carefully) on the new radioogram.

My excitement, however, didn’t last long when it very quickly became apparent that the songs were not performed by the original artists Still, money was tight, and it was better than nothing at all.

A few months later, and buoyed by their ‘new cool,’ my folks bought another of those trendy compilations, principally for the T. Rex track ‘Get it On.’ Of course there was no fooling me this time. Once bitten and all that. Also, the song ‘Coco,’ was on the LP, and I had the proper, 7″ single by The Sweet. I could spot the difference.

The rest of 1971 music passed me by without leaving much of an impression. I do still have ‘Bannerman‘ by Blue Mink in my collection, but that’s about it.

The following year though, shaped my music of choice – pretty much for life.

On a family weekend trip to Blackpool, I remember buying what would be only my third album. (The second was ‘Slade Alive‘ by Slade.)

That album was ‘Love It To Death,’ by Alice Cooper. I have no idea as to how I knew of the band. I think perhaps I was flicking through the record box and the rebellious, now fourteen-year-old in me had decided to exact retribution for my mother’s uncomplimentary remarks about T. Rex.

You think Marc Bolan is ‘dirty’ and ‘weird,’ do you? Get a load of this dude and his cronies!

(I unfortunately now own only a CD copy. I sold the vinyl to a second hand record store in Stirling not long after being married when we had no cash.)

A few months later, Alice Cooper arrived in the UK for a series of shows. His reputation preceded him and of course the very conservative press of the time were all over it. I was desperate to go to the Glasgow show. It would be my first gig. But there was zero chance of that happening.

Determined my mind would not be corrupted by some deviant from the other side of the Atlantic, my folks properly ‘grounded’ me on the evening of 10th November 1972, to prevent me sneaking off to the show with a couple of pals who did have tickets. It was for my own good, of course.

One of my mates though, somehow managed to smuggle a tape recorder into the venue and so I was at least able to hear a very muffled version of the show.

My first gig would have to wait.

It wouldn’t be too long a wait before my first gig – only another four months or so, in March 1973. But in the meantime, my Alice Cooper LP ‘Love it to Death‘ was being played to death in my bedroom.

It whetted my appetite for more ‘heavy rock.’ In late 1972, however, gaining access to such music was not easy. You either had to know somebody who had bought an album and lent it you, or you took a punt and bought blind (or perhaps that should be ‘deaf.’)

Some shops though, like Lewis’s in Glasgow had ‘listening booths,’ where you’d be allowed to listen to one or two tracks from an album in the hope that you’d eventually buy.

(Latterly, the dingy wee Virgin Records shop at the end of Argyle Street, then Listen, in Cambridge Street, Glasgow offered the use of headphones to listen to music. The down side though, was that only one person at a time could listen – we used to pile about six mates into the listening booth along the road in Lewis’s.)

Some rock bands, however, like Free, Deep Purple and the excellent Atomic Rooster had been given airtime on the UK’s prime time popular music show, Top of the Pops in late 1971 / early 1972 and although a bit late to the party (again) I started to search out music from such artists .

1972 also saw the blossoming of Glam Rock in the UK. Arguably started by Marc Bolan in mid 1971, the Glam movement was well and truly on the march through 1972.

(Paul has already written an excellent post on Glam Rock, focusing on Marc Bolan in particular. Uncovering My Tracks will run a more general feature as one of several ‘specials’ at a later date.)

At school, though as a thirteen / fourteen year old lad, it was not de rigueur, to show your true Glam self. Stars like Bolan and Bay City Rollers were for the girls. Boys had to be into what was perceived to be ‘harder’ rock. As mentioned in an earlier post, I got terrible stick for admitting I liked The Sweet. Little did those ‘macho’ pals of mine appreciate that most Glam bands could rock-out some pretty heavy riffs too.

My first rock album however, was one of those blind / deaf purchases I referred to earlier. I had read of this band Uriah Heep in Sounds paper / magazine, and around mid-1972, sent away for their debut album, ‘…very ‘eavy… very ‘umble.’ This immediately took over from the Alice Cooper LP that had hogged the turntable for so many months.

I still play this album a lot, and for me, the late David Byron was one of the best vocalists in rock music.

From a kid who was totally unaware of The Beatles just a few years earlier, I was now completely immersed in music. I couldn’t play a note, of course – I was far too lazy to learn despite my parents’ best efforts. And singing? There was more chance of me holding the World Heavyweight Boxing title than me holding a note.

1972 had been a year of musical enlightenment for me. It had started with me pestering my folks to buy me a shirt similar to one I’d seen Kenney Jones wear while playing drums for Rod Stewart on Top of the Pops. I wanted to look ‘cool’ at my school disco.

We never found one, of course, and I had to settle for a turquoise, paisley pattern shirt and matching kipper tie, with lilac needle-cord trousers.

It ended with me wearing that very same outfit to a disco in London (I was part of a representative Glasgow Boy Scouts group visiting the city) where I ‘got off’ a girl from a local Guides troop.

I made her laugh, apparently.

I now know why.

Isn’t Life strange, though? The song that kicked off 1972 for me, and remains possibly my all-time favourite single, is ‘Stay With Me,’ by The Faces.

… and the song that brought the year to a close, reminding me of that disco in London, is – ‘Angel‘ by Rod Stewart and The Faces.