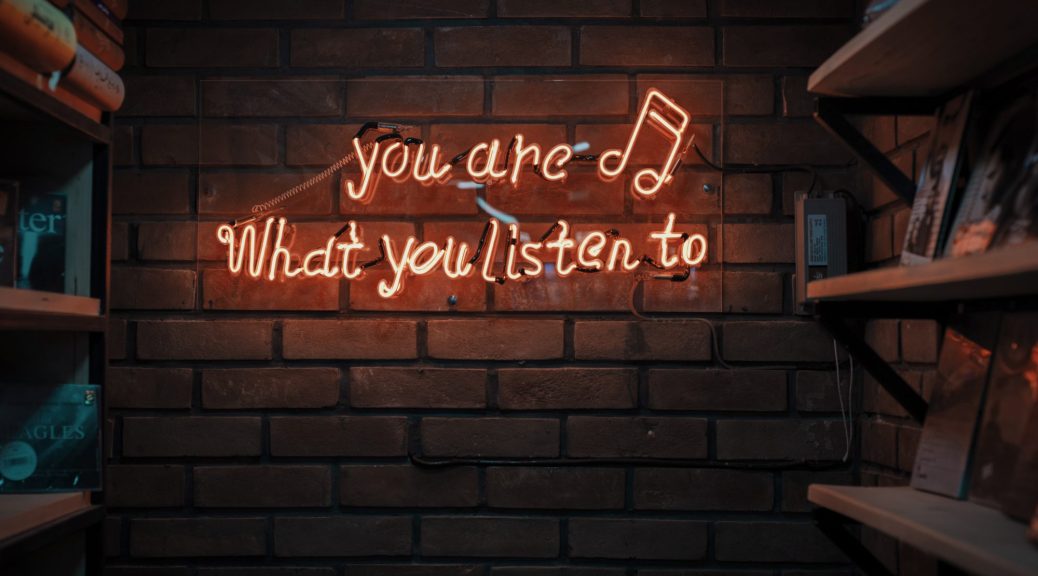 We know them when we hear them: songs we like even though we know we shouldn’t, songs that we’ll almost certainly be judged for liking.

According to psychologists, the term Guilty Pleasure tends to be associated with shame or embarrassment rather than guilt itself.
A Guilty Pleasure is something that we enjoy, but we know we’re not supposed to like, because liking it says something negative about us.

Today it’s about playlists, but back in the day we judged people’s music tastes by their jukebox selections, which is why we were all very careful about the choices we made.

On reflection it was probably a self defence mechanism to avoid that long walk of shame back to our table whilst the prophetic lyrics to our contentious selection – ‘Alone Again Naturally’ by Gilbert O’Sullivan trickled out, leaving us in no man’s land, stuck to a chewing-gum ravaged carpet, exposed and humiliated and trying to avert the gazes of the pub regulars wearing their Quo and Hawkwind t-shirts as they look on with contempt.

It’s why to this day, there are certain tracks we don’t include on shared playlists with friends but are happy to listen to in the safety zone of our own space.

Psychologists will reason we behave this way because guilt is adaptive, and it motivates people to follow social norms.

So, in other words selecting a Status Quo barnstormer would have enabled us to be part of the gang, (or Silver Machine by Hawkwind if we could find the customary strobe lighting in time). But selecting Gilbert’s introspective ballad about suicide and the numbing pain of being jilted at the altar by his bride, was always going to alienate us and attract ridicule.

If only we’d known back then that the bold Gilbert was a fashion trendsetter (as opposed to the fashion-joke he was accused of being), parading the Peaky Blinders look well before Cillian Murphy came onto the scene. Unfortunately for Gilbert lovers, this was worthless ammunition in the line of fire circa 1973.

So, it makes sense that looking to conform and fit in is an understandable driving force behind why we will classify something we actually like (but can’t admit to liking), as a Guilty Pleasure.

However, it does beg the question – who is this judge and jury when it comes to music? and why should anyone feel guilty about their tastes in music?

This TV cop of Starsky & Hutch fame knocked the recently deceased King of rock and roll, Elvis, off the number 1 spot and in the course of its stay, Soul’s Silver Lady shared the top 30 with – David Bowie, Stevie Wonder, The Clash, The Commodores, Abba, The Bee Gees, Rod Stewart, Bob Marley, Queen, Thin Lizzy, Donna Summer, The Sex Pistols and Yes.

Superstars all, whose millions of fans must have been wondering why this flaxen-haired wannabe pop star, who spent most of his time needlessly jumping over cars with his cardigan-wearing sidekick, was outselling their idols.

I was a prodigious consumer of music at the time and probably owned most albums by the aforementioned artists (apart from Yes, as hard as I tried, I just couldn’t get into tracks that lasted 18 minutes long) and although I quite liked Silver Lady, I would never have admitted it, in fact this is the first time I ever have.

And I guess that’s the point, I would happily blast out Bowie’s Heroes or Stevie Wonder’s Another Star or Marley’s Waiting in Vain from my Mk 3 Cortina for the world to hear because whether you’re a fan or not these guys are simply above ridicule, but David Soul, well……

As I ponder the rationale of my teenage self, the phrase “one man’s rubbish is another man’s treasure’ springs instantly to mind.

Afterall, according to neuroscientists, at the most basic level, what sounds like music to one person may just sound like noise to another. In effect when it comes to the question ‘when does sound turn into music?’ there’s no scientific definition, but rather it’s in the ear of the beholder.

In researching this piece, I wanted to look into what constitutes a Guilty Pleasure in the eyes of the music industry. After all, they have commercially adopted the phrase, using it to curate and sell compilation albums by the digital barrowload.

In doing so, I found a few albums in iTunes and Spotify, amongst them the imaginatively titled – 100 Greatest Guilty Pleasures.

The track listing on this album was a bit of an eye opener to me. I thought I understood the concept pretty well but some of the selections deemed to be ‘Guilty Pleasures’, took me by surprise.

Listed below are a few of the 70’s related tracks….

My first reaction was – “holy shit what kind of philistines do they employ to curate these albums”, but of course that’s my perspective, because I really like most of these tracks, they’re part of my ‘treasure’ but to someone else they obviously represent something entirely different.

I contemplated the selection process and wondered whether it was a case of ‘Machine replacing Man’, you know, haphazardly picking tracks using a random generator, and I was happy to give them the benefit of the doubt on this because the alternative was too depressing to consider.

But then I thought about it a bit more and I remembered that music is a moveable feast, tastes can change and mellow and become a bit more sentimental as time reconnects us with the past. So, it’s perfectly feasible that songs we had no love for can become today’s favourites.

As an example, take the songs played on Radio 2 in the 70’s that our parents listened to. The station we couldn’t wait to switch off so that we could listen to ‘our music’ on Radio 1, artists like, T-Rex, Bowie, Roxy, Rod, Elton, The Stones.

On reflection a lot of these mellow Radio 2 anthems, which were languidly introduced by Jimmy ‘Housewives Choice’ Young and the like, don’t sound so bad now, in fact as I look down the list of my most played songs on iTunes quite a few of them are on there!

I’m thinking of the likes of – The Carpenters, Neil Diamond, Glen Campbell, and Bread, all of whom were deemed to be too middle of the road for us back then but show me a jukebox today with Campbell’s Wichita Lineman, Bread’s Guitar Man or Diamonds Cracklin Rose on it and I won’t be able to get my money out fast enough.

As a keen curator from the days of mixtapes to playlists I challenged myself to put together my own 70’s Guilty Pleasure playlist, but there was a strict rule I wanted to adhere to – all the tracks needed to be genuine Guilty Pleasures, songs that I’ve never admitted to liking to anyone but myself.

What this means of course is that it’s a playlist like no other. No songs have been added to boost credibility which admit it, is something we all do right?

So beware, there are a few “Really!! Are you serious?” tracks on here, from Cliff Richards, Daryl Hall impression on We Don’t Talk Anymore to the sickly- sentimental Me and You and a Dog named Boo, by Lobo.

I’m not saying any of these songs are classics, rather songs that have been left behind, ignored, (by me) and now it’s time to bring them back into the fold and give them their due, even if it’s in a ‘back-handed-compliment’ kind of way.

I found the process to be a very cathartic exercise and I would highly recommend trawling through your musical memories to discover your own Guilty Pleasures.

I realise now that these songs are a bit like old friends that you haven’t heard from for a long time, you wonder why you didn’t keep in touch and there’s a joy in rediscovering them.

By the way, if anyone’s interested the song that knocked Silver Lady off the number one spot in October 1977 was Scottish footballs current favourite anthem – ‘Yes Sir I Can Boogie’ by Baccara.

No doubt another Guilty Pleasure in some people’s eyes….