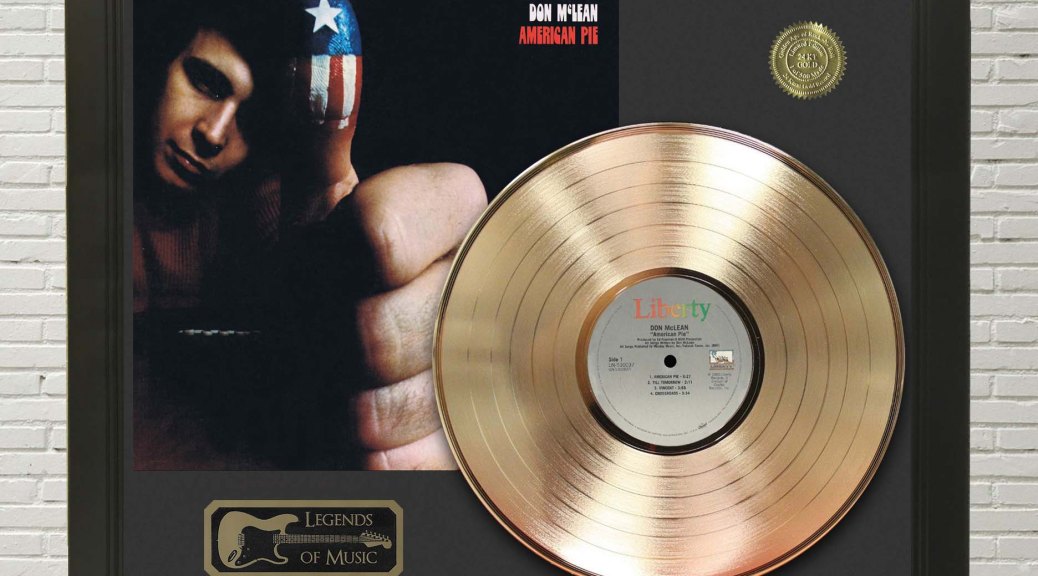 No song in history has ever managed to re-create the effect on me than that which was generated by American Pie, Don McLean’s anthemic eight minute chronology of the 1960s.
It was the first song that made me want to study its lyrics, to find out the hidden meanings behind the words and to interpret the message which this hitherto unknown musician, with a distinctly Scottish name, was trying to project.
I’d only started taking an interest in music a couple of years earlier and my tastes revolved largely around the mainstream rock bands of the time, ie Cream, Deep Purple, Led Zeppelin, Black Sabbath etc and I was aware that such behemoths of the musical world paid scant attention to the lyrical content of their offerings which were based mainly on instrumental virtuosity.
Jack Bruce, in a Cream documentary, made it clear that the message behind the songs he played along with Eric Clapton and Ginger Baker was largely irrelevant in comparison with the actual music while Ian Gillan of Deep Purple acknowledged that the lyrics to the band’s flagship single Black Night were merely a collection of random words to supplement the main feature of the song, ie Ritchie Blackmore’s blistering  and unforgettable guitar riff.

When I first heard American Pie on the radio in early 1972, I was mildly intrigued by the lyrical content but the radio version was merely a heavily edited three minute sampler of the 8 min 33 sec album track, a teaser with a catchy chorus about chevies and levees designed to catch the listener’s attention but it was sufficient to have me jumping on the no 13 bus to Cambridge Street and hand over my hard earned two pounds 25p (sorry no pound sign on this Korean keyboard) before walking away with the actual album tucked into an iconic Listen Records ‘Cheap’n Nasty’ carrier bag.

When I finally got home and listened to the title track, it was night and day in comparison with the radio taster. A beautifully constructed song… four verses and choruses bookended by a passionate and emotional prologue and epilogue, telling the story of the 1960s from the tragic plane crash death of Buddy Holly in 1959 to the horrific killing of a black man at the hands of a gang of Hell’s Angels during a Rolling Stones concert in Altamont, California ten years later.

The theme of death reverberates throughout the song as McLean ends each stanza with the line ‘The Day the Music Died.’

I’m not going to offer my interpretation of the song here – plenty others have done so before me but, other than those already mentioned, there are reasonably clear references to The Beatles, Bob Dylan, The Byrds, Janis Joplin, James Dean and other more cryptic nods to religion, politics, teenage romance and the American youth culture of the time.

Fifty years on, I never get tired of listening to the song and I still pore over the lyrics, searching for some hidden meaning that no-one else has yet found. When I’m performing at open mic sessions, if I feel the mood is too quiet, I’ll play it and inevitably get the crowd singing along.

Irrespective of age or any other social demographic, its a song, or at least a chorus, which everybody knows word for word. One man who refuses to offer his interpretation of the song is McLean himself.

When asked “What does American Pie mean?” His standard response is “It means I never have to work again.”

One thought on “American Pie – A Single by Don McLean: Hall of Fame Induction”