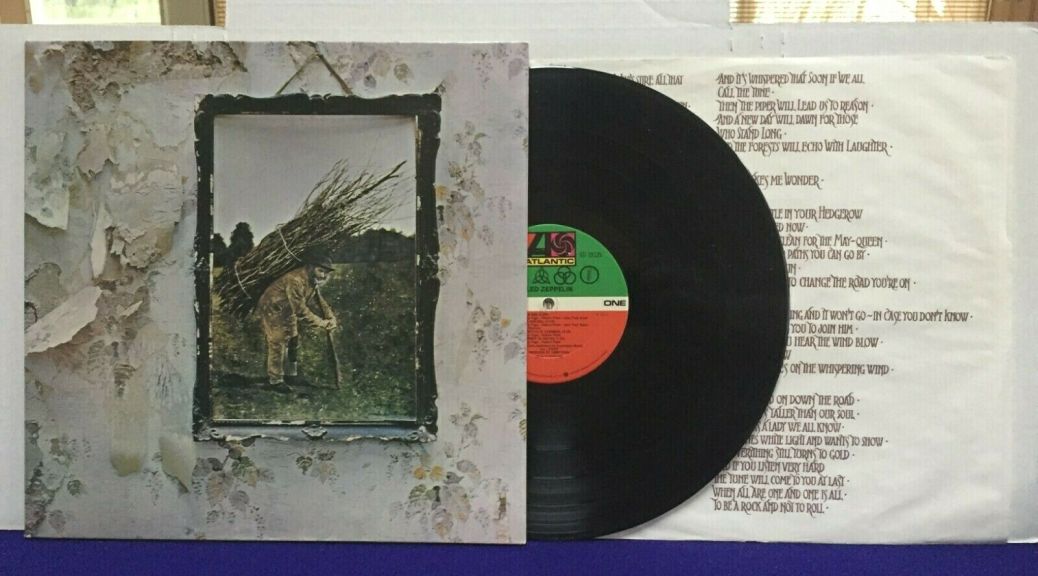 I would like to nominate Led Zeppelin IV, The Runes Album, 4 Symbols, Zoso whatever you want to call it as the greatest rock album of all time!

Its 50 years old today and still sounds as fresh and exciting as it did in 1971!!

It also has the distinction of having the only guest vocalist that Zep ever used in the ethereal Sandy Denny on the wonderful ‘Battle of Evermore’.

Originally Plant was going to sing both parts of the call and answer vocals but it didn’t sound right so he invited Sandy.
Thank God!

Obviously it includes the magical Stairway to Heaven, as well as Zep classics… Rock n Roll, and Black Dog, to be fair, every song on the record is an absolute gem, no wonder it has sold over 23 million copies to date and is the bands most successful album!