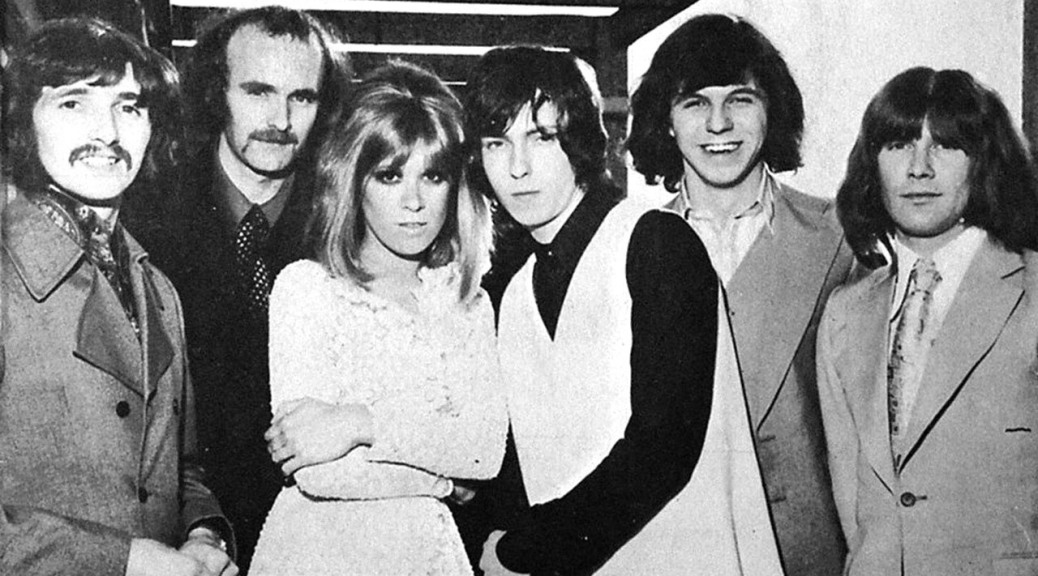 This week in 1970 saw London based band Pickettywitch jump eleven places in the UK singles chart to #8, with their second release, ‘That Same Old Feeling.’ It would peak at #5, the highest position reached by any of their three singles to break into the Top Forty.

The band, fronted by Polly Browne, first came to the nation’s attention in 1969, when they appeared on television’s ‘Opportunity Knocks,’ playing ‘Soloman Grundy,’ a song composed and arranged by Tony Macauley and John McLeod. (The writing partners also wrote hits for The Foundations while Macauley on his own would write for Marmalade, Long John Baldry and David Soul amongst others.)

John McLeod had by this time signed the band to Pye Records and ‘Soloman Grundy’ was actually the B-side to their debut release, ‘You Got Me So I Don’t Know,’ which failed to chart.

It was the follow-up though that saw the band break through. ‘That Same Feeling’ is a classic of its time, and is a standard for any self-respecting ‘70s Compilation CD.

Pickettywitch would chart on two more occasions in 1970, reaching #16 in July, with ‘(It’s Like A) Sad Old Kinda Movie’ and #27in November with ‘Baby I Won’t Let You Down.’

Line-up changes followed, but the band’s sound had always been augmented by seasoned session musicians and so remained relatively constant. However, several subsequent, (mainly) Macauley / McLeod penned songs failed to impact the charts and the band drifted into the cabaret circuit.

Polly Browne had been pressured for a while by labels and management to pursue a solo career and when she eventually took that step in 1972, Pickettywitch staggered on for one more release before disbanding the following year.

Actually, Polly’s first post-band success came as part of a duo with Tony Jackson, when in July 1974, as Sweet Dreams, they had a UK #10 hit with a cover of Abba’s ‘Honey Honey.’

Polly remained popular and respected throughout the Disco era on both sides of the Atlantic.

It’s a while ago now, of course, but for a time Pickettywitch and Polly Browne were ALMOST Top of the Pops.

6 thoughts on “almost top of the pops – pickettywitch”