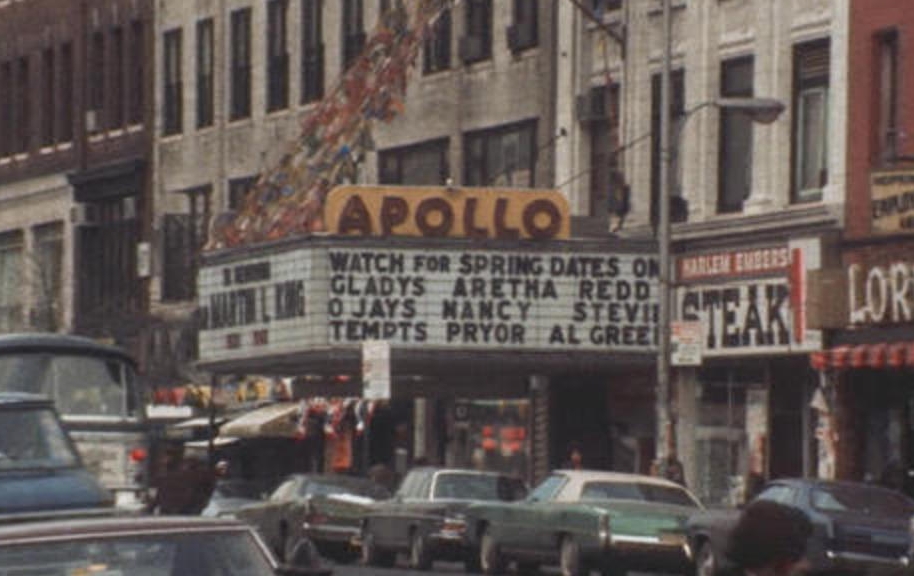 By late 1974 my record collection was starting to take on a different complexion.

Whilst my album collection in the main, remained loyal to Zep, Bowie, Roxy, Stones, my singles collection was being supplemented weekly by tracks absorbed at the discos of the day – Clouds & Shuffles (I was only 16!).
The likes of George McCrae, Barry White, and Hamilton Bohannon.

Cut forward a couple of years and the sounds of – Earth, Wind & Fire, Parliament, Isley Brothers, The Crusaders and Stevie Wonder had taken over my stereo.
Even the non R&B artists grabbing my attention had somewhat of an R&B flavour – Hall & Oates, Little Feat, Boz Scaggs, Steely Dan.

Around this time a crowd of us would go to certain bars and clubs in Glasgow like The Rooster on Glassford St, or Joannas on Bath St, primarily for the music, (but to be fair the talent wasn’t bad either!).

There was something missing though – live music.

Being a regular at the Greens Playhouse/Apollo since my first gig in 1972 to see Humble Pie (supported by Peter Frampton), my frustration in the mid 70s was that it was nigh on impossible to see any decent R&B bands, live in Glasgow.

Which is kind of ironic given the Apollo was named after the home of live R&B – the famous Apollo Theatre, in Harlem, New York,

The absence of live soul acts in the west of Scotland was no fault of the Glasgow Apollo though – a lot of visiting US bands didn’t travel any further north than London on their whirlwind European tours, and the Apollo with its 3,500 capacity probably scared off a lot of promoters.

Unfortunately, we weren’t blessed with a plethora of live venues in the mid 70s, and traditional Glasgow theatre’s like the Pavilion, with capacities of c.1,500, were already kept busy with a steady diet of….
Robert Halpern’s hypnotist show – Residencies by Sydney Devine and Christian, and of course, Pantomimes…. oh yes they were!

A few decent soul/funk bands did make it to the Apollo though and I went to see most of them….

First off, I saw the Average White Band in May 1976, supported by the excellent Kokomo on a balmy Saturday night.

The highlight of the show according to everyone who witnessed it was a 20 minute encore of “I Heard it Through the Grapevine”, with Kokomo joining AWB on stage.

No doubt it would have been my highlight too if I hadn’t have been kicked out the venue.

Let me explain – the crowd were still on their feet after a rip-roaring version of “Pick up the Pieces” and a few of us ambled towards the front of the stalls in readiness for the upcoming encore, only to be turfed out via the fire-exit, stage left, by some meathead stewards.

I went to see The Clash’s first Apollo gig the following year when spitting at punk gigs was de rigueur (despite the height of that stage!) so I had zero sympathy for the shell-shocked stewards, covered in collateral phlegm – karma’s a bitch.

I loved AWB but they were local lads, we also wanted to see the the bona fide American funk bands, and we’d need to wait 18 months before the Brothers Johnson, hit the Apollo in 1977.

LA natives, The Bros Johnson were fronted by siblings, Louis “Thunder Thumbs” on bass and George “Lightnin’ Licks” on guitar.
Mentored by Quincy Jones the band enjoyed a meteoric rise in the States with their first four albums going platinum.

When the band came to town they were promoting their second album. As part of their first trip to Europe they only had two UK gigs planned – Wembley Arena and the Glasgow Apollo.

To be honest I don’t remember a whole lot about the gig apart from the bass playing of Louis “Thunder Thumbs” Johnson.

I was used to bass players like Entwhistle or Wyman who stood impassively on the side of the stage, rooted to the spot, so to see a bass player move his feet was a revelation.

Also, this was the first time I had seen anyone play ‘slap-bass’ and not only was Louis centre stage, he was a one man funk machine.

Louis would go on to play bass on most Quincy Jones productions including Michael Jackson’s Thriller.

The last 70’s R&B band I can remember seeing at the Apollo was the Commodores, a funky collective formed whilst studying at Tuskegee University, Alabama, before being spotted and signed by Motown.

They played the Apollo in April 1978 just before “Three Times A Lady” became a global hit and changed their course from funkateers to balladeers.
Fortunately the set they played that night was based on their recent Commodores Live album which is what we wanted to hear.

They were excellent live, put on a great show and went down a treat with the Glasgow audience.

After the gig a few of us gathered at the stage door because a couple of girls we knew said the roadies had mentioned something about an after-party.
We waited with them and sure enough the band came out to get into their limousines and Lionel Richie himself, invited all and sundry back to the Hotel where they were staying.

As we trudged through the Glasgow rain, we speculated about who would be there, what the spread would be like and whether there would be a piano in the suite so Lionel could play “Easy” (like a Sunday morning).
It was all very exciting until we got to the hotel to be met by a roadie resembling Mr T who duly informed us that the invite was for ladies only – how did we not see that coming!!??

So when old Lionel belts out “Three Times a Lady” lamenting about how he adores his missus, I hope she knows what was going on in the Albany Hotel that wet Wednesday evening in 78!

Apollo Stewards and Lionel Richie you just cannae trust them…..

2 thoughts on “Live From The Apollo – It’s Star Time…”