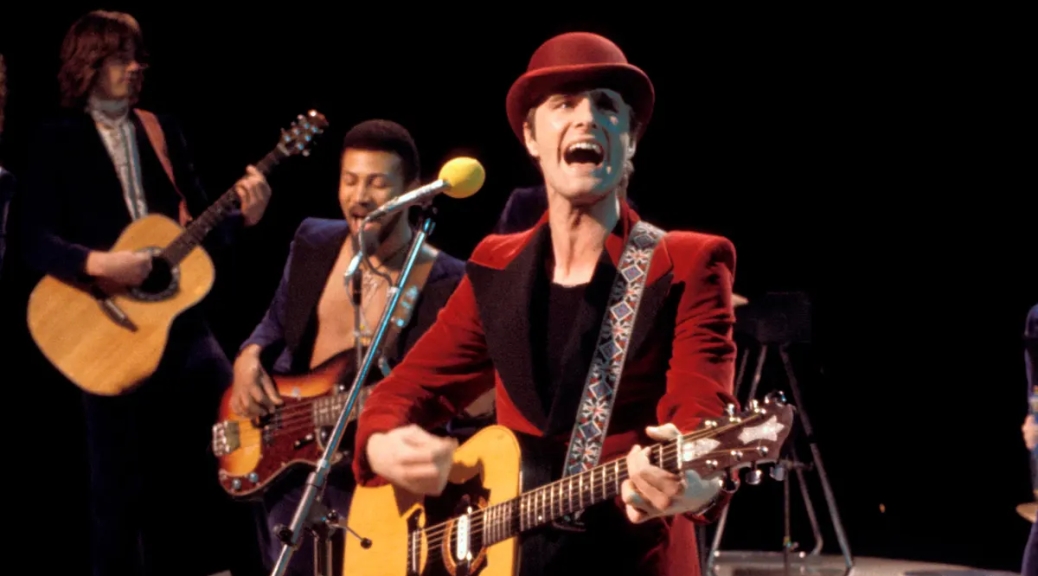 Cockney Rebel were one of those bands that I read about long before I actually heard any of their material.

Signed by EMI in 1973 after only five gigs, the band were hyped by the London-based music press who once counted band leader Steve Harley as one of their own before he pursued a career in music, initially by showcasing his early Cockney Rebel material as a busker in Leicester Square.

Based on the hype and Harley’s chutzpah I already had preconceived ideas about these poseurs, but then I heard the first single – Judy Teen, and much to my disappointment it was really rather good.

I then heard another couple of tracks from their debut album “The Human Menagerie”, which I also liked, but I still had reservations.
You see there were a glut of Bowie impersonators in the mid 70s and I suspected Harley could be one of them – slightly androgynous, plenty to say for himself and a sharp dresser.

Still, I was intrigued enough to buy the second Cockney Rebel album “The Psychomodo” on its release in the summer of 1974, featuring the catchy Mr Soft, and the cult of the Rebel was on the rise

Harley had got off to a pretty impressive start with two critically acclaimed albums in the space of six months but his magnum opus was just around the corner.

I first heard Make Me Smile (Come Up and See Me) in my dads car in January 1975, we were making our way home from Harrogate, in the middle of a snow storm.
Just as the song was cooking my dad switched to another station in search of a traffic update, unbelievably he was more concerned about getting us home safely than savouring Jim Cregan’s incredible guitar solo.

Next thing I knew, Neil Diamond was on the 8-Track, and that was the day I learned about drivers privilege – whoever’s steering has control of the music.

Nonetheless, the song had made an impression and next payday I headed to the record shop, evidently I wasn’t the only one, as a couple of weeks later the song was top of the UK hit-parade, replacing Pilot’s aptly named January.

Sonically, it’s a great sounding track which is no surprise as it was recorded, engineered and produced at Abbey Road by Alan Parsons – who’d worked on “Abbey Road” for the Beatles and was fresh from engineering Pink Floyd’s “Dark Side of The Moon”.

Consumed by the catchy chorus, I misinterpreted the lyrics at the time, assuming they were an open invitation to a young lady, who Harley wanted to come up to see him – so she could make him smile!

As it turns out, I couldn’t have been wider from the mark – it was actually a bitchy ‘f*ck you’ to the original Cockney Rebel line up (drummer Stuart Elliot, apart) who had left Harley in the lurch by demanding more money and more involvement in the writing process just before 1974’s Reading Festival…. quitting the band when he refused.

“You’ve done it all
You’ve broken every code
And pulled the rebel to the floor
You spoiled the game
No matter what you say
For only metal, what a bore“

Far from being a siren song, the chorus was a taunt aimed at his former bandmates, beckoning them to come hither with their tails between their legs, so they could witness what they’d left behind….

“Come up and see me to make me smile
Oh, or do what you want, running wild”

With the next album already written, Harley recruited a new band featuring Jim Cregan on guitar who would play the fabulous flamenco guitar solo on Make Me Smile, before becoming Rod Stewart’s right hand man for many years.

Make Me Smile, is one of those songs that an artist can probably live off for the rest of their career, either through touring – in the knowledge that every evening, the majority of the audience have bought a ticket to hear that one iconic song so they can singalong.

Or, through royalties….. the song’s been used by brands as diverse as Viagra and Marks & Spencer for TV campaigns, and when you think of it “come up and see me, make me smile” is a pretty smart tagline for the treatment of erectile dysfunction!

It was a surprise to find that there are over 120 cover versions of the song, as I don’t recall hearing many.

As Harley says, it was written as a bitter, bitchy recrimination, so The Wedding Present’s raspy, indie delivery conveys the sentiment of the song perfectly.

4 thoughts on “Make Me Smile (Come Up and See Me) by Steve Harley and Cockney Rebel.”