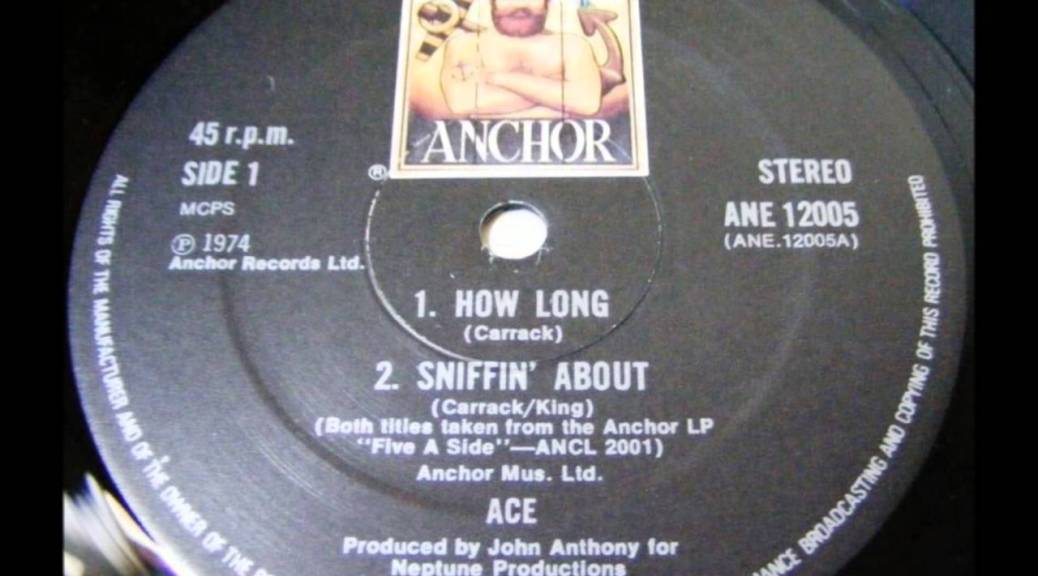 Selected 70s hits from across the pond

How Long by Ace

When I checked my iTunes music library recently, I found to my astonishment that the most played track is a one-hit-wonder from a 70’s pub-rock or blue-eyed soul band, (take your pick) called Ace.
The track is ‘How Long’.

On reflection I shouldn’t have been taken aback.

Firstly – I love the song, it’s timeless
Secondly – It’s got a habit of finding its way onto a lot of my playlists
Thirdly – Unlike many other tracks, I only have one version downloaded, there are no re-mixes, re-edits or remasters, the original version still stands up.

Ace, a British band based in England’s steel town, Sheffield, were formed in 1972 and How Long was their debut single. It would be the bands one and only hit before they fizzled out in 1977.

Taken from the bands eponymous Five a Side album, ‘How Long’ went on to become a massive hit in the US, reaching number 1 on Cashbox in March 1975 whilst scraping into the top 20 in the UK.

Written by Paul Carrack the bands vocalist and keyboard player, most people assume the songs lament is aimed at a cheating spouse but the muse for this particular song was actually the bands bass player, who had been caught moonlighting with a rival band…. The Sutherland Brothers & Quiver – “the friends with their fancy persuasions” in the songs barbed lyrics.

With it’s pulsating bass intro, soulful vocals and tight, rhythmic groove the song was the epitome of ‘Blue-Eyed Soul’, a genre championed at the time by artists like Hall & Oates, the Bee-Gees, Robert Palmer and Boz Scaggs.

Unlike the rest of the band post Ace, Paul Carrack went on to enjoy a successful career both as a solo artist and as a sideman in groups as diverse as Roxy Music, Squeeze, Eric Clapton, Roger Waters and most famously with Mike + The Mechanics where he was the lead vocalist on their uber hit – ‘The Living Years’.

A three and a half minute jukebox classic that got plenty of airplay in its day, ‘How Long’ has been covered amongst others by Rod Stewart and Bobby Womack, although perhaps the best cover and the closest to the Motown vibe that Ace were aiming for is a Northern Soul version by JJ Barnes in 1977.

The song is another great example of how the best ‘one hit wonders’ can prevail, maintaining kudos for artists that didn’t achieve all that much in their hey day. It even popped up on one of my sons playlists the other day which brought a big smile to my face.

Carrack is very much alive and kicking, and 48 years after its release, ‘How Long’ is still the pinnacle of his live shows.
He is currently touring Europe as a solo artist and below is a recent short interview with him, where he talks about Ace and their glorious one hit wonder….