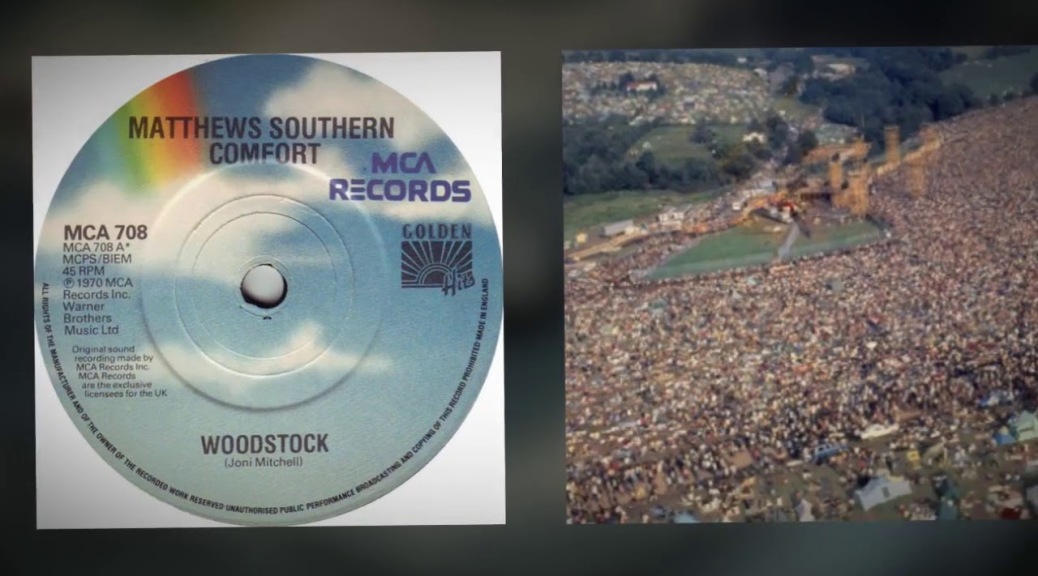 Every now and then we get invited to write articles for other blogs.

Recently we were asked to submit a piece on our ‘favourite number one single’, at which point I realised that very few good songs actually made it to the top of the UK charts in the 70s.

There were a few exceptions of course – “Bridge Over Troubled Water”, “Maggie May” and a few others, but in truth there wasn’t a lot to work with.

I think it’s true that most beloved songs are beloved because they evoke memories and there’s one particular number one from 1970 which takes me back, as a 12 year old, to the first social event of my own choosing, the youth club disco – a rites of passage if ever there was one.

At 12 you have to handle that unsettling transition from primary to high-school – in status terms you go from being a big fish to a teeny tadpole.
At the same time hormones are kicking-in and some of your friends have baritone’s and fuzzy facial hair whilst others squeak like Barry Gibb.

It is a trigger for change though and one of the big changes for me was getting interested in music, which was recognised by my lovely mum who came home one day with the *Top of the Pops volume 12 album, featuring hits from – Free, The Kinks, Creedence Clearwater Revival and Cat Stevens.

Captivated by the cover, (remember the hormones were kicking in) I proceeded to take control of the family gramophone, but after a few tracks my enthusiasm for this treasure-trove of hits began to wain.

Free’s Paul Rodgers’, or should I say the imposter who was trying to emulate him, sounded like a pub singer with laryngitis, John Fogarty’s Rickenbacker definitely needed re-tuning, and “Lady D’Arbanville” was more cats chorus than Cat Stevens.

Of course, I had no idea at the time that the reason Pickwick could compile all the hits of the day for such good value, AND position a diversionary-tactic glamour puss on the cover, was because the original artists were nowhere to be seen.

It was a genius concept, aimed at two types of consumer – those who were quite happy to hear covers and those who wanted to peer at the COVERS.

Anyway, back to the youth club disco, it may have been 52 years ago but there are a couple of things that have always stuck with me….

First of all, despite the relatively small age-gap, the gulf between us young uns and the youth club veterans who were all of 14 or 15, was seismic. They were so much more mature and sophisticated – particularly the girls with their make-up, mini-skirts and tank-tops who looked like they’d jumped off the cover of the aforementioned Top of the Pops albums.

Secondly, the music….. apart from the Kelvin Hall carnival I’d never been anywhere where the music was so good… or played so ear-splittingly loud.
Every song the DJ played was a classic and to be fair we handled the volume pretty well until Sabbath’s “Paranoid” scattered us from our perch beside the speakers.

It was an all-out attack to the senses but we were quite happy sitting in the peripheries, drinking our fizzy-pop, taking everything in, and letting the epic soundtrack wash over us.

This was way more fun than watching Val Doonican with the family on a Saturday night.

Coming back to the music, it was a bit of a golden-age for singles and if you look down the list of 70s number one’s, you’ll struggle to see a hot streak of number one’s to match the following in 1970.

The sequence kicked off with two soul classics, compulsory picks on any decent jukebox – Smokey Robinson’s “Tears of a Clown” and Freda Payne’s “Band of Gold”.

“Woodstock” by Matthews Southern Comfort was next off the rank, followed by Jimi Hendrix’s posthumous “Voodoo Chile”.

The year was closed out by Dave Edmund’s “I hear You Knocking” which stayed at number one for 6 weeks before being replaced with Clive Dunn’s “Grandad”
The quirkiness of the UK record buying public, was never too far away.

I remember hearing all of those songs that night, along with Purple’s “Black Night”, McGuinness Flint’s “When I’m Dead and Gone” and T-Rex’s “Ride a White Swan”, but the track that takes me back to that church-hall every time I hear it is “Woodstock”, penned by Joni Mitchell and performed by Matthews Southern Comfort.

Joni’s an icon, but in 1970 I had no idea who she was, or who Crosby, Stills, Nash & Young were. The fact that Matthews Southern Comfort’s rendition of “Woodstock” was the third version of the song to be released that year, was news to me.

All I knew was that it had a great melody and a very trippy vibe…..
“we are stardust, we are golden, and we’ve got to get ourselves, back to the garden”.

I had zero awareness at the time that it was a hippy anthem about the Woodstock Festival, or that it had been composed by a pissed-off Joni Mitchell, confined to watching live coverage of the festival in her hotel room – coerced by her then manager to appear on the Dick Cavett show instead of performing at Woodstock.

Mitchell’s version had been released as the B side to “Big Yellow Taxi” and whilst CSN&Y’s version was mega in America and Canada, the version by Matthews Southern Comfort, fronted by former Fairport Convention vocalist Ian Matthews was the most successful internationally, giving them their one and only big hit.

A life-changing moment, which as it turns out, was a happy accident.

It all started when Matthews’ newly put together band were invited to record four live songs for a BBC session but with only three prepared they hurriedly put together an arrangement of Joni Mitchell’s “Woodstock” on the spot.

As it turned out their ad hoc rendition of “Woodstock” was so well received that they were encouraged to put it out as a single, something their record company weren’t keen on and only agreed to if CSN&Y’s version didn’t chart in the UK, which fortunately proved to be the case for Matthews.

With the song recorded, released and struggling to sell due to zero record company promotion or support, the third piece of luck kicked in when Tony Blackburn made “Woodstock” his record of the week, duly catapulting the single up the charts to the number one spot, where it stayed for 3 weeks.

Alas, this was Matthews Southern Comfort’s only chart success and the song has predictably fallen into the category aptly titled – ‘One Hit Wonder’.

I grew to love the Joni Mitchell original, and I’ve listened to most versions of the song including an interesting up-tempo interpretation by Stephen Stills, featuring Jimi Hendrix on bass & Buddy Miles on drums, however, the Matthews Southern Comfort version is still the best – well to this 12-year-old anyway!

(*If you want to read more on the Top of The Pops catalogue of albums, Colin posted a great article. Click here for more)